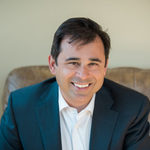 “I approach every case as though it is going to trial"

Dan'L has tried over 50 jury trials in counties all across the state and has argued in every Division of the Court of Appeals and Supreme Court.

As a defense attorney Dan'L practiced for approximately 25 years defending employers and corporations from all variety of employment and general litigation.  He has obtained total defense verdicts in all manner of complex cases with damage demands well in excess of $5 million.

Recently Dan'L created new law in the area of attorney malpractice while representing a client whose prior attorney violated the statute of limitations. Arguing before the State Supreme Court, the Court ruled in Dan's client's favor and adopted the standard of law Dan'L argued regarding the availability of general damages (pain and suffering) for victims of attorney malpractice.

Memberships (Current and Past)

I knew I wanted to be an attorney since I was 14. Although perhaps an “unpopular” activity, I debated in high school and college. I greatly enjoyed the intellectual process of debate; being a trial attorney seemed like a good fit. It is.

Dan's favorite activities are anything involving his seven year-old son Mason who, yes, was named after Perry Mason.  Dan'L has four children, two boys and two girls, and they all enjoy boating, skiing, and traveling.  When not working or spending family time, Dan enjoys playing guitar and piano, and tinkering with his 1975 BMW 2002.