Our partner, Dan Bridges, served for 3 years on the Washington State Bar Association's Board of Governors and one year as its Treasurer.  During that time he tirelessly fought to bring reform to the State Bar, both in regard to fiscal policies and what essentially constituted the hijacking of the organization to advance personal political agendas.  At that time, some but not all employees/staff who were hired to work for the Bar Association came to see the Bar Association as their own private entity to advance their personal political and social causes.  They pitted the organization against the very members it was there to serve.  Members who did not tow their company line were deemed 'deplorables,' they were marginalized and attacked.

Staff members who were against those reform efforts (not surprisingly, the ones at the core of the problems in need of reform) began a campaign of personal attacks against Dan that were unfounded and without merit. They did that hoping that either the distraction of defending those attacks or marginalizing him to make his less effective, would prevent Dan from continuing to push for those reforms to be adopted.  Given the current media environment, base allegations without support were reported while ignoring enormous amounts of neutral and objective witnesses and evidence demonstrating the attacks were without merit.

This work by Dan, which gave him no personal benefit or advantage and done only in service of the public and members of the Bar Association, is an example of the type of tenacity and diligence we bring to fight the good fight for our clients. 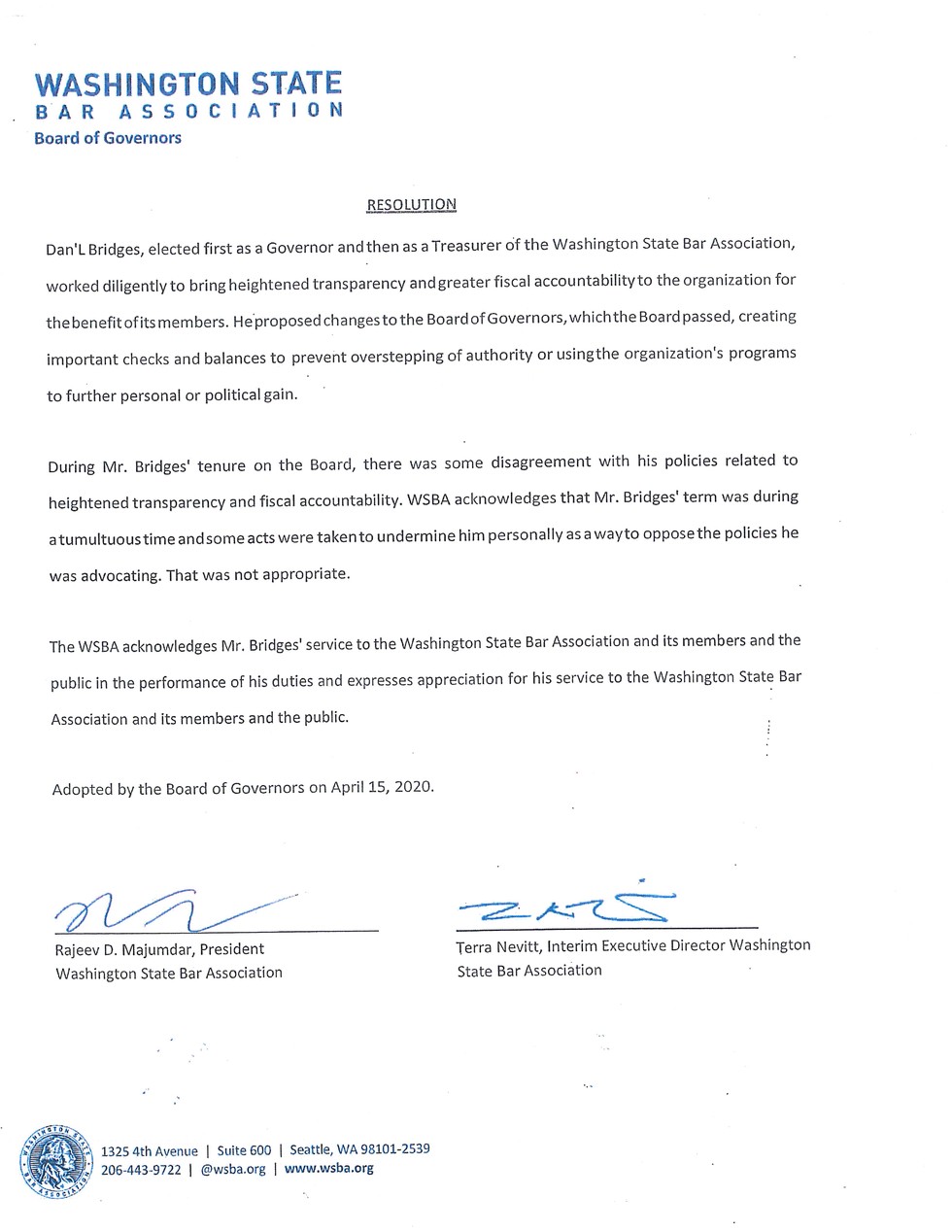