The Right To Free Speech Does Not End Where Hurt Feelings Begin: Cancel Culture and the Death of Free Speech 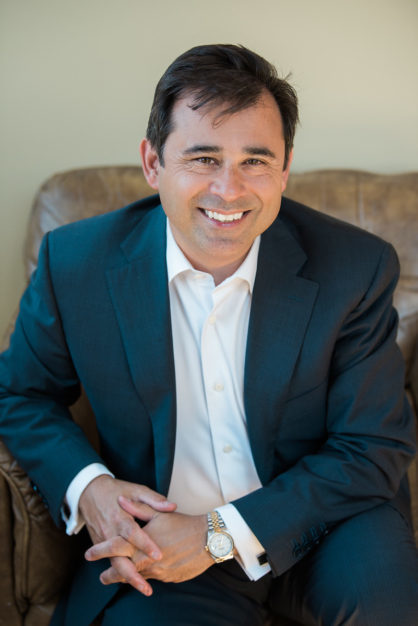 Those who forget history are doomed to repeat it.  "Cancel culture" protests what it views as discrimination but ignores it does greater harm asserting what it believes are its rights at the expense of depriving others, their rights.

In 1977 the ACLU defended the right of an organized Nazi group to protest in the largely Jewish suburb of Skokie where Holocaust concentration camp survivors lived. David Goldberger, a self-identifying Jewish attorney for the ACLU, represented the Nazis because he understood the harm caused by limiting speech and beliefs, however vile they may be, was much greater than the speech and beliefs themselves; from his article published by the ACLU:[i]

While any effort to censor by punishing a speaker after the fact is likely to violate the First Amendment, preventing the speech ahead of time is even more likely to violate the Constitution, even where the anticipated speech is profoundly offensive and hateful. …[I]f the government can prevent lawful speech because it is offensive and hateful, then it can prevent any speech that it dislikes. In other words, the power to censor Nazis includes the power to censor protesters of all stripes and to prevent the press from publishing embarrassing facts and criticism that government officials label as “fake news.”

Ironically, the Skokie community's efforts to stop the Nazi demonstration replicated the efforts of Southern segregationist communities to stop civil rights marches led by Martin Luther King during the 1960s. Both tried, through the courts and other means, to stop protest marches.

At board meetings across the country, reasonable people occasionally misspeak. People without a biased or racist bone in their body, but who are unfamiliar with the demands of the left and ignorant of the magic word de jour the left demands be used, cause offense; real or imagined.  In response, cancel culture demands their immediate social execution. They are vilified and held up to ridicule. If the organization to which they belong does not immediately meet the demands of the mob, they are deemed complicit.

It is not that offensive speech is to be encouraged. In a democratic society everyone should interact with a basic level of respect to every other person's human dignity. However, the injury done by denying free speech, even speech that some might deem offensive, is infinitely greater than the offensive speech itself.

In the seventies people were often heard to say: I disagree with you, but I will fight for your right to say it.  At the time, we were that much less removed from several wars where hundreds of thousands of young Americans gave their lives to protect that right.

Society at that time understood freedom of speech was the bulwark that our democracy rests upon. Now, what masquerades as free speech is is more often than not what a person who has never known real adversity, has never known a true existential crisis that could bring an end to this country as presented by the axis powers in World War II, and who is used to immediate gratification at the click of a mouse, thinks free speech is. To them, there is only a right to free speech, if it is the right speech.

The Constitution makes no distinction between "right" and "wrong" speech much less does it differentiate between speech the listener deems "hateful" as opposed to speech the zeitgeist deems worthy.  Unless a speaker is voicing a threat or encouraging an imminent threat to physical harm, all speech is equal under the Constitution. As Justice Kennedy wrote in Matal v. Ham, 137 S.Ct.1744 (2017):

A law that can be directed against speech found offensive to some portion of the public can be turned against minority and dissenting views to the detriment of all. The First Amendment does not entrust that power to the government's benevolence. Instead, our reliance must be on the substantial safeguards of free and open discussion in a democratic society.

In short, and while it may offend some to say this: there is no such thing as hate speech. Speech is speech.  Some speech is hateful in its content.  That is clear.  However, the notion speech, the content of which might be hateful, is lesser speech and thus can be suppressed is a fallacy.

Those who demand a punitive response over mere speech forget that the air of freedom that gives them the right to speak in favor of their own causes, was once denied to them - as Mr. Goldberg said above, the tactic of punishing and silencing speech was the same tactic used against the civil rights movement itself. Yet, that is exactly the tactic used when a person deviates from what is deemed socially acceptable.

The reason advances have been made over the last 30 years is exactly because freedom of speech was protected. You may insert whatever social belief you think appropriate; those strides were made only because over time, and through the market place of ideas, society was persuaded. Society was persuaded not by threats of being cancelled, but by an exchange of ideas.

We often hear some say they want to have a “conversation.” But do they? A conversation requires two opposite sides, freely expressing their viewpoint, without fear of punishment or retribution over even having the conversation itself.  Regretfully, often the outcome of an expression of a different point of view, even in the context of what is intended to be an open conversation, is the opposite.  I have unfortunately seen that first hand in all manner of open meetings where, ostensibly, what was sought was an open exchange of ideas only to see someone express the "wrong" idea and be laden with all manner of labels for having done so.

Demanding punishment, stripping of rank, position, and “cancelling” someone because of the content of what they said is not itself the exercise of speech.  What it is, as Mr. Goldberg said, is “punishing” a speaker for the content of what they said, and “prior restraint” by the chill it creates against other speech, both of which “violate the Constitution,” even when the speech is “profoundly offensive and hateful.”

It is not enough that speech is curtailed.  When someone innocently missteps, often they are only allowed to reenter their group (whatever that may be: a job, a club, a professional organization) by promises to undergo “retraining.” If they are allowed to rejoin the group or keep their job at all.

Demanding that a person be “trained” to think a certain way, in exchange for keeping a job, associating with others, etc., is no better than expelling them outright.  Some amount of education on discrimination issues is critical; everyone in the context of the workplace should understand what the law requires so they may curtail their conduct to stay within the law.  And, everyone should understand the import of their words and actions on others even if not consciously intended.  Everyone, and I do mean everyone, would benefit from some amount of training and to aid a better understanding of those things.

However, there is a sharp difference between training on an idea and forced "thought."  Regretfully, often it is not enough that a person agrees to receive training.  They must agree to be trained, and agree to agree with its message.

Those who forget the past are doomed to repeat it. Using the tactics of the past – punishment over the content of speech and a demand for indoctrination on certain beliefs – is no more correct now in response to what some now deem offensive, than it was in the fifties when beliefs were the opposite.

It was the freedom of speech and of thought that allowed Martin Luther King to march and say on the steps of the Lincoln Memorial: I have a dream.  That was not a popular sentiment at the time and if cancel culture existed then, as it does now, it is questionable whether he would have been able to continue to give such speeches. But, he had the right to free speech, we understood what that right required, and but for the fact his right was protected, he was not cancelled.  And but for that, those currently marching would be unable to engage in the protests going on now.

Showing how far society has lost its way, I provided a draft of this article to a colleague I greatly respect. That person is, to use the current vernacular, “diverse,” e.g., the code the left use to describe any person not white. We both belong to a volunteer entity made up of lawyers.

In response to my private, earnest request for input they turned to our group's leader demanding my draft of this paper be use as an example of intolerance and bigotry and that the entire entity should be trained on it as an example of what is inappropriate speech and thought.

That was the response of a well-intentioned, diverse, attorney I considered a friend and who over time saw me to be neither intolerant or bigoted - being "diverse" myself.  Yet, my basic statement in defense of free speech and the First Amendment, because it was not the “right” type of speech, she believed needed to be shouted down and vilified.  That others needed to be “trained” to see it as bigoted speech.  That from an attorney who, like me, took an oath on being sworn and admitted to practice law that explicitly pledges: “I will support the constitution of the United States.”

I will end, where I started: Those who forget history are doomed to repeat it.  And as they have clearly already forgotten, I respectfully remind them of the words engraved on the National Holocaust Museum, written by German Lutheran pastor Martin Niemoller born in 1892:

First they came for the socialists, and I did not speak out—

Because I was not a socialist.

Then they came for the trade unionists, and I did not speak out—

Because I was not a trade unionist.

Then they came for the Jews, and I did not speak out—

Because I was not a Jew.

Then they came for me—and there was no one left to speak for me.

Speech is speech. Some is good. Some is bad. Under the Constitution it is all protected equally. Yet, that right – the right upon which all others rests - is being destroyed daily and society is so far down the path of destruction that most no longer realize it is happening. Or worse, they realize what is happening and facilitate it with the rationalization they are doing good, because what they think is “right.”  They believe it is acceptable to deprive others of their rights, because the others are “wrong.”  That is not how rights work.

Unless reasonable minded people stand up and say no more, soon, there will be “no one left to speak” at all.